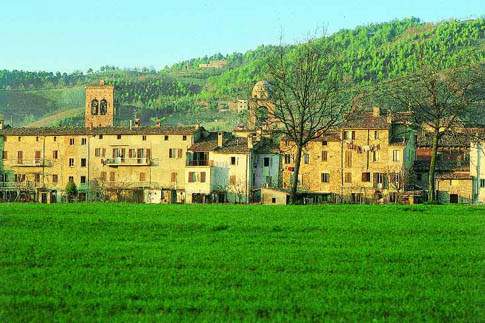 Province: Pesaro e Urbino
Sant'Angelo in Vado is a town located along the valley of the Metauro river, at the foothills of the Apennines flanking the main road leading up to the Bocca Trabaria (m.1044). The town was once the Roman Tiphernum Metaurense and when rebuilt after the wars between the Byzantines and Ostrogoths was dedicated to the Archangel Michael, hence its name Sant'Angelo. In the mid-fourteenth century was under the Brancaleoni family and later became of the duchy of Urbino. The old town is full of beautiful monuments:  the fourteenth-century Palazzo della Ragione dominated by contemporary Civic Tower ('el Campanon'); the eighteenth-century cathedral, the ancient palaces Santinelli, Griffins, Clavari Mercuri and the seventeenth-century Palazzo Fagnani (majestic town hall since 1838). The most remarkable churches are: the church of St. Mary extra muros,  with the adjacent former convent of the Servi di Maria, the church of St. Clare with its monastery, the church of Santa Caterina del Corso and Santa Caterina delle Bastarde;  the seventeenth-century octagonal church of St. Philip and the oratory of the Immaculate, San Bernardino, St. Francis and St. Mary of the Angels with the sixteenth-century cloister. One of the most remarkable sights in the town is the Domus del Mito, or House of the Myth, the remains of a 1st century BC Roman villa with some 1,000 square metres of elaborate, polychrome mosaics. Only recently discovered, they represent some of the finest ancient Roman discoveries in central Italy over the last half century. Another spectacular room is the triclinium depicting a hunting scene surrounded by a festive repertoire of geometric patterns in black and white. The town is the birthplace of a number of important Baroque artists and architects including the brothers Taddeo and Federico Zuccari, who achieved fame in Rome during the second half of the 16th century. Sant'Angelo in Vado is the capital of Tartufo bianco pregiato (White Truffle); during the last weekends of October the town hosts the Mostra Nazionale del Tartufo Bianco Pregiato (National White Truffle Fair), an excellent chance to taste white truffles and see the town decked out to look its best. The town also boasts  a Research Centre of Truffle.

Tours that pass by Sant'Angelo in Vado 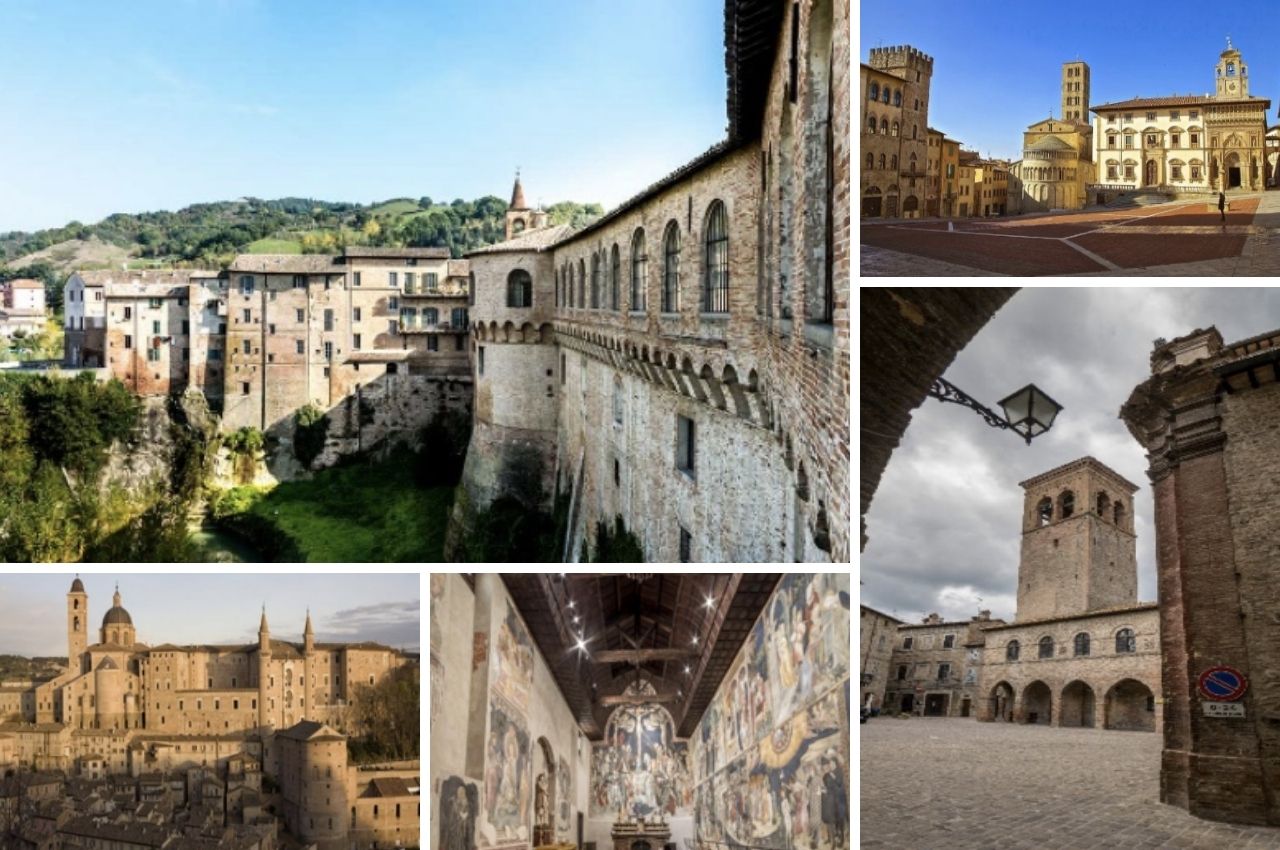