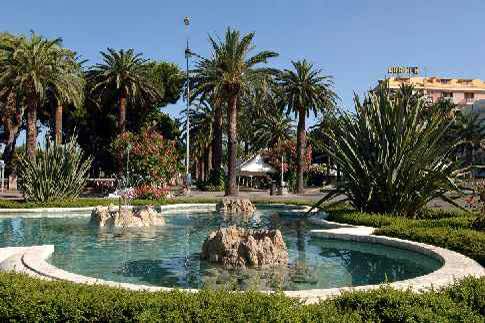 Province: Ascoli Piceno
Name inhabitants: sambenedettesi
San Benedetto del Tronto  is one of the main holiday resorts of the southern Marche between the Tronto and Tesino rivers, with a touch of tropical charm, thanks to eight thousand palm trees on its wide promenade. San Benedetto boasts a lot of tourist accommodations, ranging from hotels and residences to about a wide range of private apartments giving tourists the opportunity to spend an enjoyable vacation on ”the Palm Tree Riviera”.

SEA TOURIST OFFER: By the sides of the boardwalk there are rich gardens, a pine grove, tennis courts, a skating trail and, at the mouth of the Albula creek where its first section ends,  a building, the Palazzina Azzurra (“Blue Palace”): a historical landmark of the city. South of it the most specifically touristic area begins, where beach resorts follow one another by one side of the road, and hotels and villas by the other. San Benedetto del Tronto beaches are suitable for children also because with their fine sand they can build castles and dig holes; furthermore,  the shallow sea bottom is the best to bathe wearing water wings or using an inflatable. Also worth visiting is the “Giardino Zio Marcello” (Uncle Marcel’s Garden) facing the free beach between resorts No. 36 and 37, an extended green area equipped with toy structures.  The boardwalk is further characterized by no less than 8000 palm trees, of many varieties, a lot of relax areas, playgrounds and “thematic gardens”, the “oases”: a dry and a wet garden, a palm grove, a rose garden, another one dedicated to the Mediterranean brush. The materials used to build the gardens are compatible with the new vocation of the boardwalk, and are meant to make them look like natural areas by the sea, where one can stop to admire the panorama or to get directly to the beach. A comfortable bike track runs along the whole shore for more than 15 km, reaching north up to Cupra Marittima and south to Via del Mare and Porto d’Ascoli. The town is endowed with a tourist port (awarded the Blue Flag in 2018), a fishing port and one of the most important wholesale fish markets in Italy. North of the mouth of the Tronto river there is the Riserva Naturale Sentina (Sentina Natural Park) characterized by the presence of migrant birds and by a sandy tract of the beach in whose hinterland  there are no buildings of any kind.

ATTRACTIONS: San Benedetto del Tronto has always been connected with sea and sea tradition. The Museums of the Sea includes the Maritime civilization Museum, the Amphorae Museum, the Fish Museum and the Truentinum Antiquarium. The Art Gallery of the Sea, opened in April of 2009, is part of the Museums of the Sea. The MAM (the Museum of Art on the Sea) is a permanent outdoor museum, collecting 145 works of art. The older part of the town, with its fourteenth century hexagonal Gualtieri Tower and  red brick houses, sits above the main resort. The most remarkable tourist attractions are: the Sanctuary of the Blessed Sacrament Modonna, the Santa Maria Cathedral of the Marina, the Church of St. Joseph, the Municipal Concordia Theatre, the Lighthouse. The typical dish of San Benedetto del Tronto is the “brodetto alla sambenedettese”, a tasty fish stew, which must be made with different species of fish. The recipe includes the addition of peppers and vinegar. The most significant events taking place in San Benedetto del Tronto are: the antique market "L'antico e le palme", which attracts Italian and foreign antique dealers and collectors; the Festival of Our Lady of the Navy (July); the "Libero Bizzarri Award", one of Italy's most famous documentary film competitions; Anghiò, the International Festival of Blue Fish. 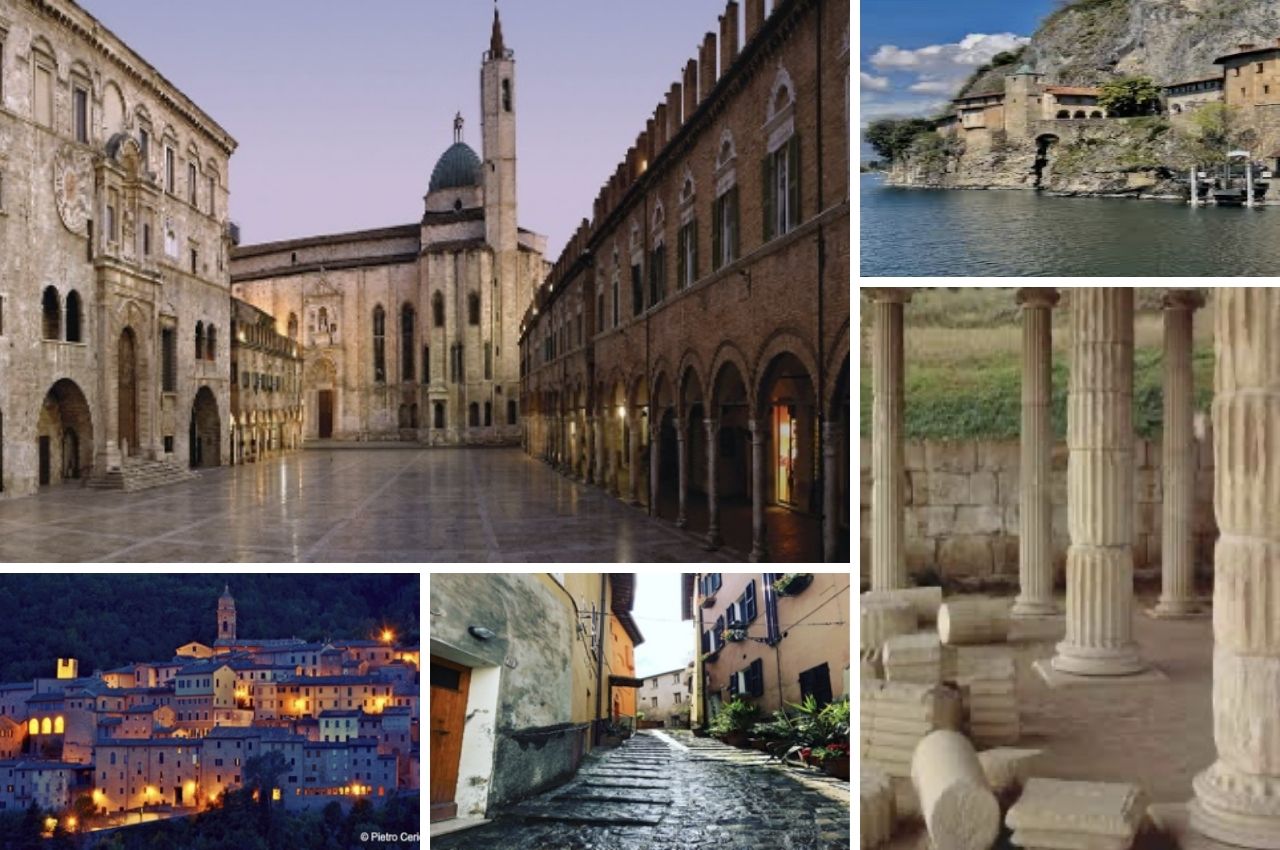