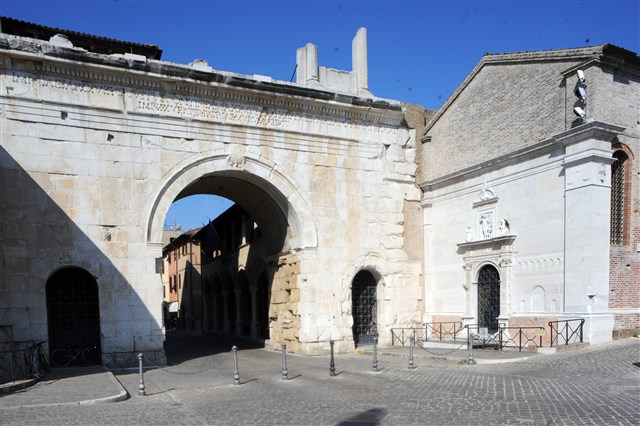 Province: Pesaro Urbino
Name inhabitants: fanesi
Fano is a popular seaside resort in the north of the Marche region, famous for its Carnival, that is claimed to be some of the oldest in Italy and featuring a cavalcade of massive floats that runs on three consecutive Sundays before Lent.

SEA TOURIST OFFER: the seaboard is divided into Lido and Sassonia (North Fano, North Sassonia and Torrette are all Blue Flag Beaches in 2018), the former sandy, the latter pebbly, both with shallow water. Both Lido and Sassonia are therefore beaches fit for children, the more so because inflatable toys are available for them and many games are proposed along the boardwalk. The southern shore consists of Torrette beach (Blue Flag for 2018), Ponte Sasso and Metaurilia, the latter founded after its surface was reclaimed in 1938. Many campings are available along the National route between Fano and Marotta di Mondolfo. Along the boardwalk there is also the 12 Km long, Fano to Pesaro biking track of the Adriatic shore. in Fano there is also an important fishing port; lovers of sailing may count on the efficient Marina dei Cesari tourist port, a modern dock where a number of boats go and moor.

ATTRACTIONS: In the historical centre the most remarkable monument is the Arco di Augusto, a splendid Roman triumphal arch providing a fitting gateway to the town. It was erected in 2 AD under the order of the Roman Emperor Augustus as part of his ambitious project to smarten up the Empire's road network and marks the arrival of the Via Flaminia on the shores of the Adriatic Sea . Further tourist attractions are:  the Fountain of Fortune, a whimsical 16thC fountain topped by the goddess Fortune, the Theatre of Fortune, the Malatesta Court, home to the Civic Museum and Art Gallery, boasting works by Domenichino, Guido Reni, Guercino, Warriors and Mattia Preti; the Cathedral, housing a pulpit and the seventeenth century Nolfi Baroque Chapel;the Church of Santa Maria Nuova, holding two treasures by Perugino, a Madonna with Saints and an Annunciation; the baroque Church of San Pietro in Valle and the Tombs of the Malatesta, a real masterpiece of Neo-Gothic art, housed in the porch of the Church of San Francesco. The most typical specialty is the fish stew “alla fanese”, with tomato purée and vinegar. The local Moretta is a blend of three spirits - aniseed-based anice, rum and brandy - sugar and a twist of lemon peel, topped up with strong, hot coffee. The most significant events taking place in Fano during the year are: The Antiques Market, which traditionally takes place on the second Sunday of each month and the preceding Saturday, Fano Jazz by the sea (July), Fano dei Cesari, a reenactment of the Roman Fano (July) and the International Festival of Fish Soup (July).

Tours that pass by Fano 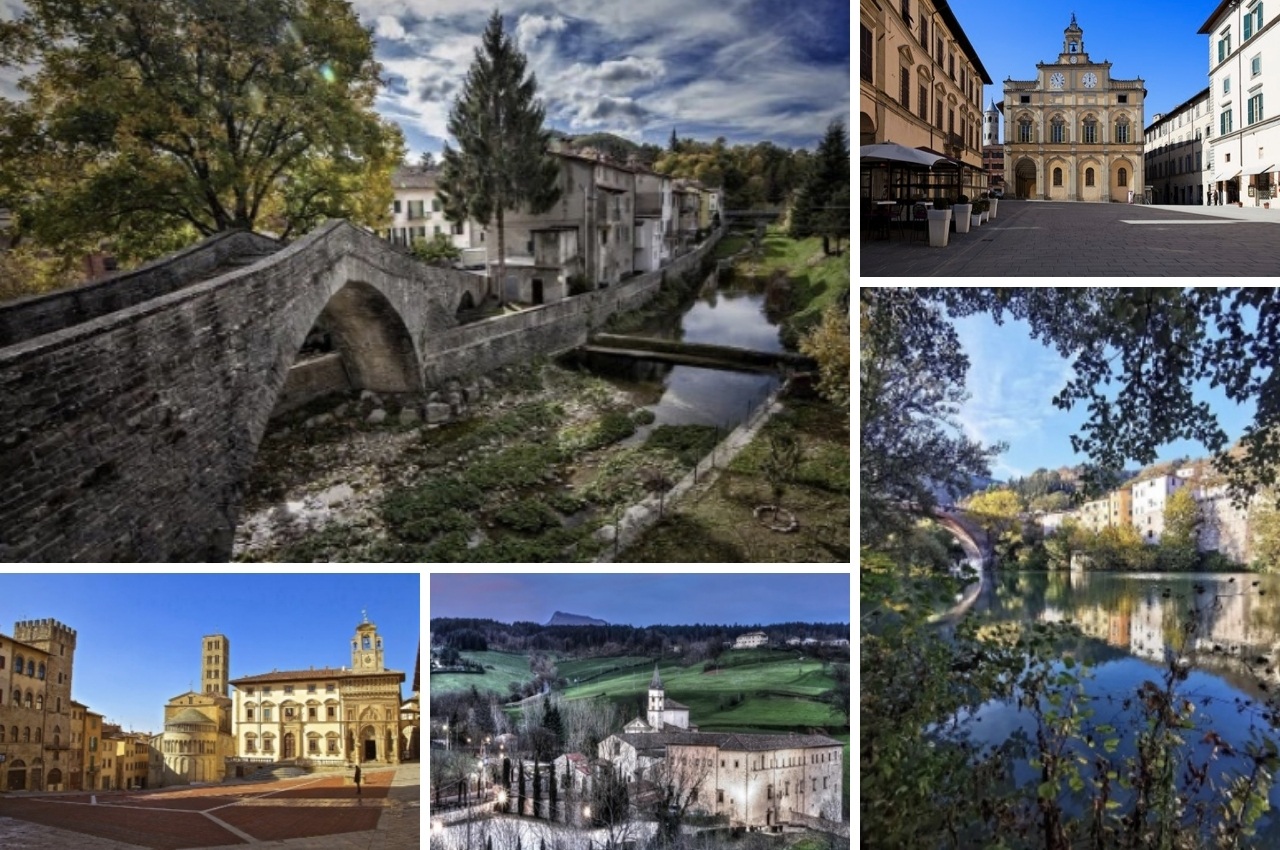