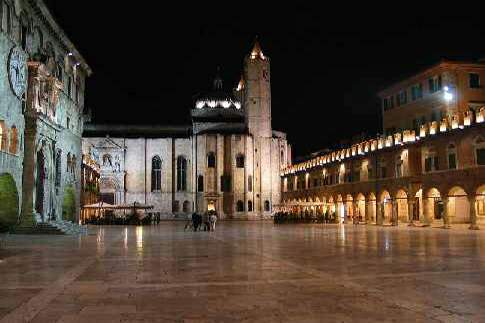 Name inhabitants: ascolani
The enchanting town of Ascoli Piceno is one of the most important art towns in southern Marche and in central Italy. Travertine was widely used to pave the historic centre.

Not to be missed is the unique main square Piazza del Popolo, with important buildings such as the medieval “Palazzo dei Capitani del Popolo”, the historic Cafè Meletti in Liberty style, the Church of San Francesco and the Merchant’s Lodge, an elegant 16th century building. The other major buildings stand at the centre of the most historic city, in Piazza Arringo: the Cathedral, where a polyptych with the Madonna and Saints by Carlo Crivelli is housed, the town hall or palazzo Comunale, the medieval Baptistery of St. Giovanni, the Cathedral of St. Emidius, whose crypt is dedicated to the local patron saint and houses the great polyptich of St. Emidio dated 1473 and signed by Carlo Crivelli, the Bishops’ Palace, the Arengo Palace, seat of the Pinacoteca Civica, Ascoli's art gallery, where, among other works of art, worth mentioning is the 13thC cope (piviale) of Pope Nicholas IV, an impressive piece of embroidery work made in England. On the other side of the square appears the 17th century façade of Palazzo Panichi, seat of the Archeological National Museum. Among religious places, noteworthy are the Romanesque Church of Ss. Vincenzo e Anastasio, the 13th century Church of San Pietro Martire, the Church of Sant’Agostino, renovated in the 9th century, and the 16th century Church of Santa Maria della Carità.

There are also two little temples dedicated to the patron saint Sant’Emidio, Sant'Emidio alle Grotte and Sant'Emidio Rosso. Among monuments, the Roman Solestà bridge, the ruins of the Roman theatre, the Pia Stronghold, the Malatesta fort, the Teatro Ventidio Basso, a 19c theatre in neoclassical style, the Palazzetto Longobardo, a Lombard mansion which is flanked by the elegant Ercolani Tower, one of the remaining towers of the over 200 mentioned in Medieval documents. In the neighbouring area of Ascoli Piceno is Castel Trosino, a very old Lombard settlement near the Castellano river.

Among food specialities, olives from Ascoli are well known by gourmands. They’re fried and filled with meat. As far as drinks are concerned, worth mentioning are the Anisette from Ascoli, the Rosso Piceno Superiore and Falerio red wines and the Vino Cotto, a sweet wine.

Among events, La Quintana, Ascoli's jousting tournament, is one of the most authentic and exciting medieval shows in the Marche and takes place in the main square on the first Sunday of August, as well as the Carnival of Ascoli Piceno (February- March), Fritto misto all’Italiana (Italian fried food) in May- April and the Antiques’ market (3rd Sunday every month).

Tours that pass by Ascoli Piceno 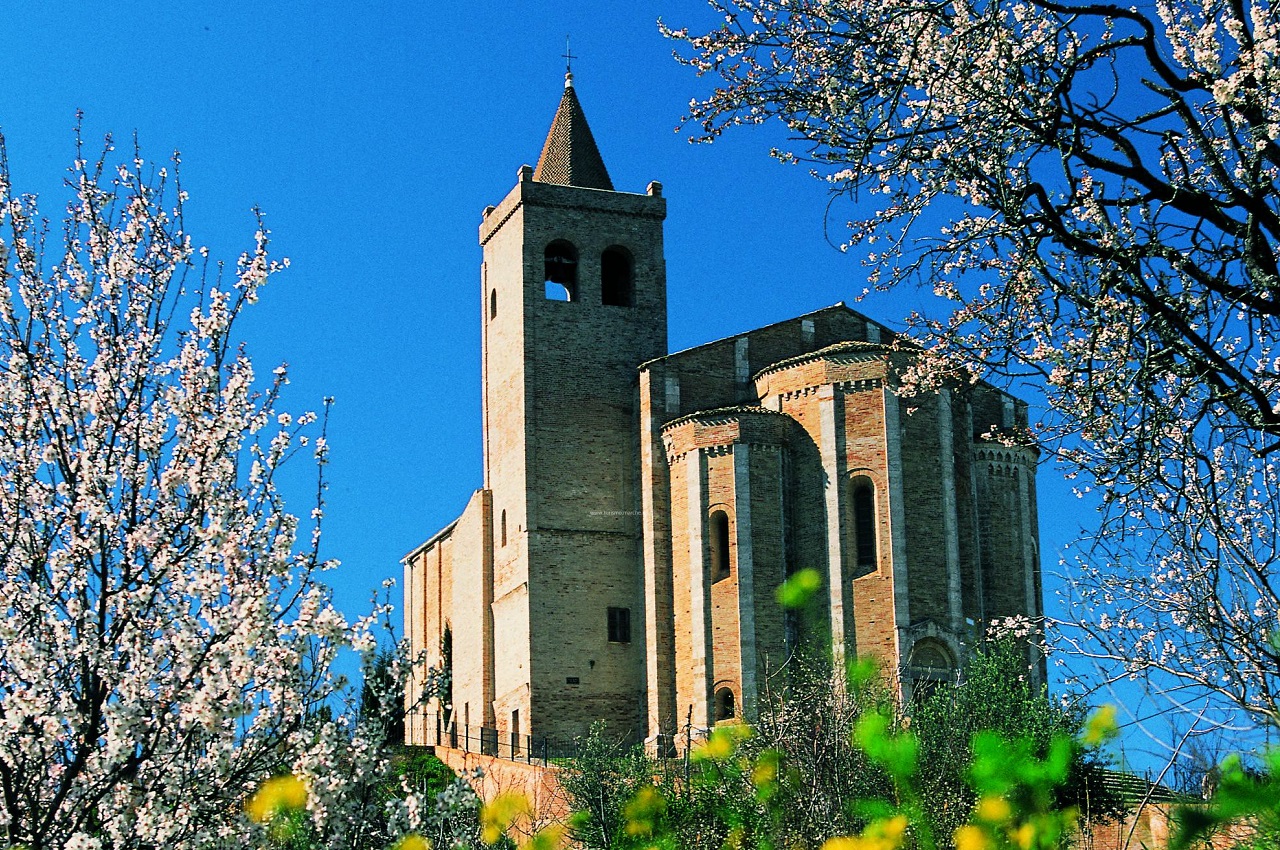 AUTO GUIDE TOUR
The Marches: lands imbued with genius and artistic, literary and musical inspiration. They saw the birth of Giacomo Leopardi, Raffaello Sanzio, the Duke of Montefeltro, Gioacchino Rossini. Region dotted with medieval villages of rare beauty. A A gastronomy of excellence, starting with His Majesty Il Tartufo. 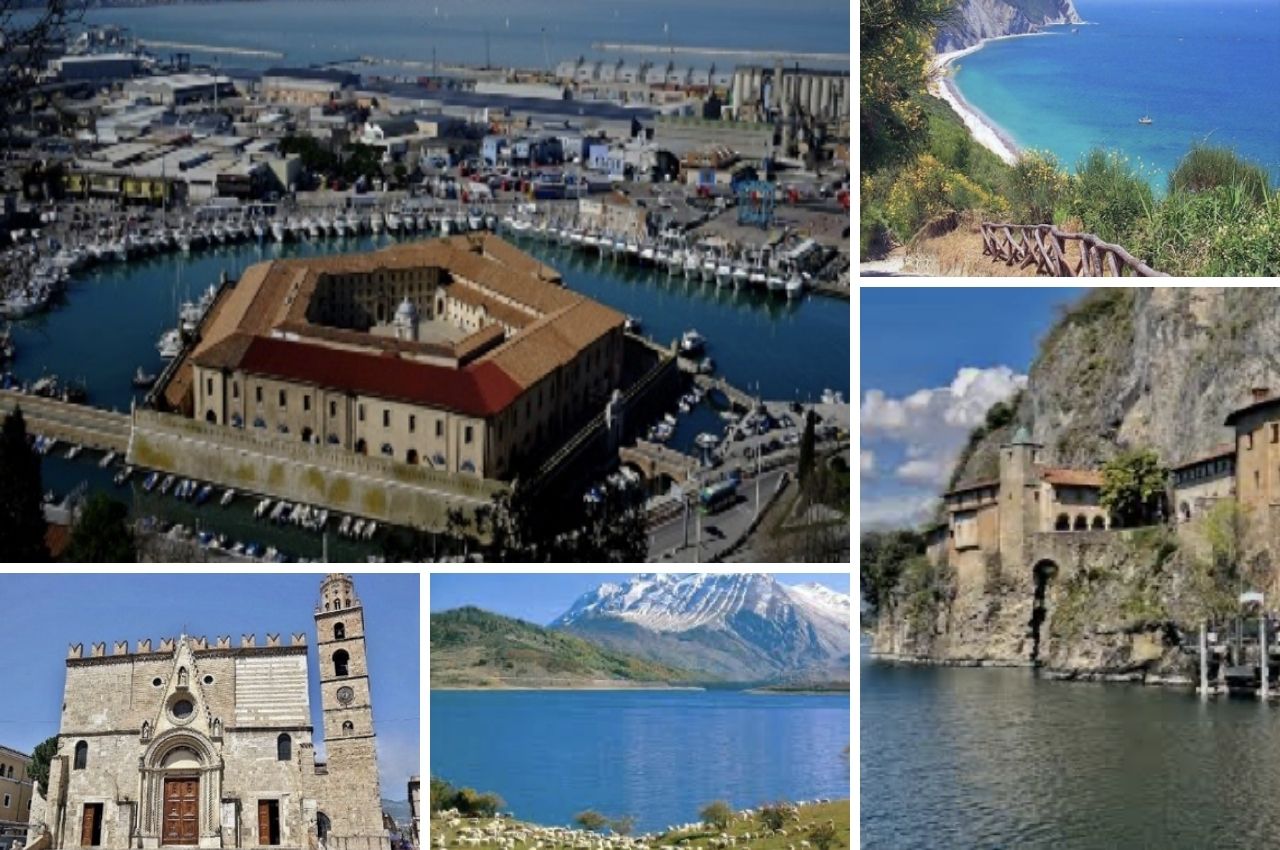